A Note From Dr. Will Courtenay

Welcome to PostpartumMen. I hope that you’re finding it helpful.

I’d like to tell you a little bit about who I am and what I do. As a psychotherapist, I specialize in helping men with postpartum depression, anxiety and other concerns that can prevent us from living happy and fulfilling lives.

I began my psychotherapy practice in 1991. Two years later, I started a health education organization called Men’s Health Consulting. People thought I was crazy. They said, “Men’s health? What’s that? Men are healthy, aren’t they!?” That was before Men’s Health Magazinebecame hugely successful – and when most doctors didn’t even know that men were dying nearly eight years younger than women.

As you know, being a father and a husband isn’t as easy as Ward Cleaver made it seem on “Leave It To Beaver.” But his image is a powerful and persistent one. Even today, when we see new parents on TV and in movies, we usually see moms and dads experiencing the joyful bliss of new parenthood (and maybe a couple of “comic” scenes of sleepless nights). What we definitely don’t see, are fathers with postpartum depression.

Despite these media images, as many as 1 in 4 dads do experience postpartum depression. Having no visible examples in our culture of men like this, a father with postpartum depression usually suffers in isolation – sure that he’s the only one. And, of course – with no examples to look to – he doesn’t have any idea what to do about it.

It really pains me to see so many men suffering alone, in silence. Especially since depression, anxiety and the other mental health problems that afflict us are treatable. So, raising awareness about men’s physical and mental health concerns continues to be my passion – along with helping the men I work with to lead the most fulfilling lives they can.

Dr. Courtenay hosts a variety of websites for men. For more information and to find links to these websites, click here.

More About Dr. Will Courtenay 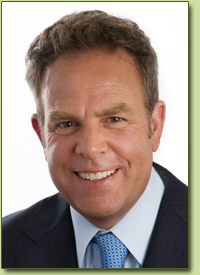 Dr. Courtenay – known as  “The Men’s Doc” – is an internationally recognized expert in helping men. The American Psychological Association has referred to him as, “a leading psychologist in the field of masculinity” and “one of the leading scholars, researchers, and public policy shapers in the psychology of men.” Dr. Courtenay has once again been selected for inclusion in Who’s Who in America (2012) as a “foremost achiever in his field.” He is a contributor to Esquire Magazine.

In addition to his psychotherapy practice, Dr. Courtenay has spent the last 15 years researching and writing about men’s physical and mental health concerns, and effective strategies for helping men. His work is referenced by researchers throughout the world and has been translated into many languages. Currently, the focus of his research and writing is men’s experiences after the birth of a child – and effective strategies for helping men with postpartum depression.

In 1993, Dr. Courtenay founded Men’s Health Consulting to educate health professionals and the public about the health of men and boys, and how to best provide services to men. He has lectured internationally and, as a consultant, has trained thousands of health professionals in how to most effectively communicate and work with men.

As a writer, Dr. Courtenay has authored numerous publications on the health and well-being of men, and is a regular contributor to professional journals. In 2004, he received the “Researcher of The Year” award from the American Psychological Association and the Society for the Psychological Study of Men and Masculinity.

Dr. Courtenay is the author of the book Dying To Be Men (Routledge, 2011).

If you’d like to arrange an individual consultation with Dr. Courtenay, please call 415-346-6719. You can meet with him in person or over the phone. If you're located in the San Francisco Bay Area, you're welcome to participate in one of his groups.