A poignant – and ultimately, hopeful – movie about men’s depression

We Men Do, by John Osmond, is an 11-minute film about a man, overcome by the pressures and responsibilities of life, who descends into a spiral of anger and depression to the brink of destruction.

We Men Do from John osmond on Vimeo. 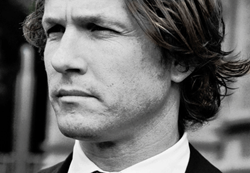